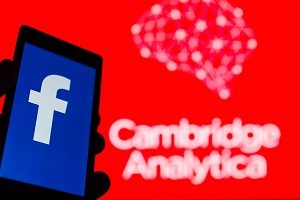 It’s been about two months since The New York Times and The Guardian published articles about a joint investigation on Cambridge Analytica, a thereto mostly unknown political data consultancy, and their collection and exploitation of Facebook user data to influence elections and other political activities. Since the data scandal leaked, Facebook’s drawn-out silence and lack of transparency, combined with their collection of data for advertisers that could be exploited as it was with Cambridge Analytica, has people and advertisers alike worried about continuing on this social media platform.

A Brief Overview of the Cambridge Analytica Scandal

It’s very easy to be too deep into these scandals to see the full picture, so let’s step back for a second and get the 10,000-foot view. Cambridge Analytica is a (now defunct) British political consulting firm that combined data mining, brokerage, and analysis with targeted communication (ads, targeted content, etc.) specifically designed to affect elections.

The scandal itself revolves around the data of (at least) 87 million Facebook users that Cambridge Analytica started to collect in 2014 via a survey app which allowed them to gather the data of users who filled out the application, as well as friends of those Facebook users. This data was allegedly used to influence elections and other politics, with Senator Ted Cruz and the 2016 Brexit vote being the most cited.

The fact that Cambridge had access to this user data inappropriately, profited off it, and Facebook had allowed it to happen, are some of the biggest outcries of this scandal, and it is widely considered a data breach – an incident where protected data is used by an individual unauthorized to do so. However, there’s a more basic level of frustration here: people don’t think of their personal data as a commodity and are often unhappy when it is treated like one, legitimately or not.

While Cambridge Analytica’s was unauthorized, Facebook and other sites sell this data to advertisers either wholesale or through their in-house advertising apps. This is how Facebook, Twitter, and Instagram make their money (LinkedIn as well, though it also sells sales-side networking tools). This is just like network television: ads are shown to you and advertisers pay for the ads. What is different (and why online advertising is now beating traditional advertising) is that these ads can be tailored to personal data such as locations, demographics, and interests.

What Has Changed Since Cambridge Analytica?

Currently not too much. You may have seen news about the GDPR (General Data Protection Regulation) EU regulation, but this has been on the books since April 2016 and is mainly focused on uniform data protection, not user data for advertising. Facebook is also changing how they do political ads: ads targeting elections and political groups must have their accounts verified first.

While “#DeleteFacebook” has been trending since the data scandal broke, this has not halted Facebook’s growth, yet alone reversed it. According to a study by strategic marketing consulting firm Kepios, Facebook has kept growing in the US, with a lower but still strong 4.8% increase of users through March.

Should I Keep Advertising?

This can be a deeply personal question and might vary from business to business, but we advise all our clients on the strength of all online advertising and social media – Facebook in specific. Advertising works and targeted advertising works on two levels: getting your ads to the people who want your products (win-win) and helping you not show ads to people who don’t want your products and services (win-win).

Want to learn more about online advertising, including Facebook and Google AdWords or where online advertising stops and digital marketing begins? Well, you can start by reading the two blogs we just hyperlinked. Or, you know, you could just reach out and contact us, and we’ll help you figure out what will work to enhance your online presence.

About the author : Alex Geyer

Alex wears many hats, and not just because he’s bald. A writer by his background, Alex writes “social media content” for Vision – anything from social media statuses to blogs to whitepapers and beyond. In addition, he builds and maintains all search engine advertising for Vision’s clients, along with social media advertising for others. In his free time, he starts and stops writing novels, compiles tabletop roleplaying system conversions, and cooks a mean Chicken and Dumplings avec Peas. A videogame enthusiast, he is also developing his first video game with the startup game studio, Pretty Weird. He is terrible with plants*.